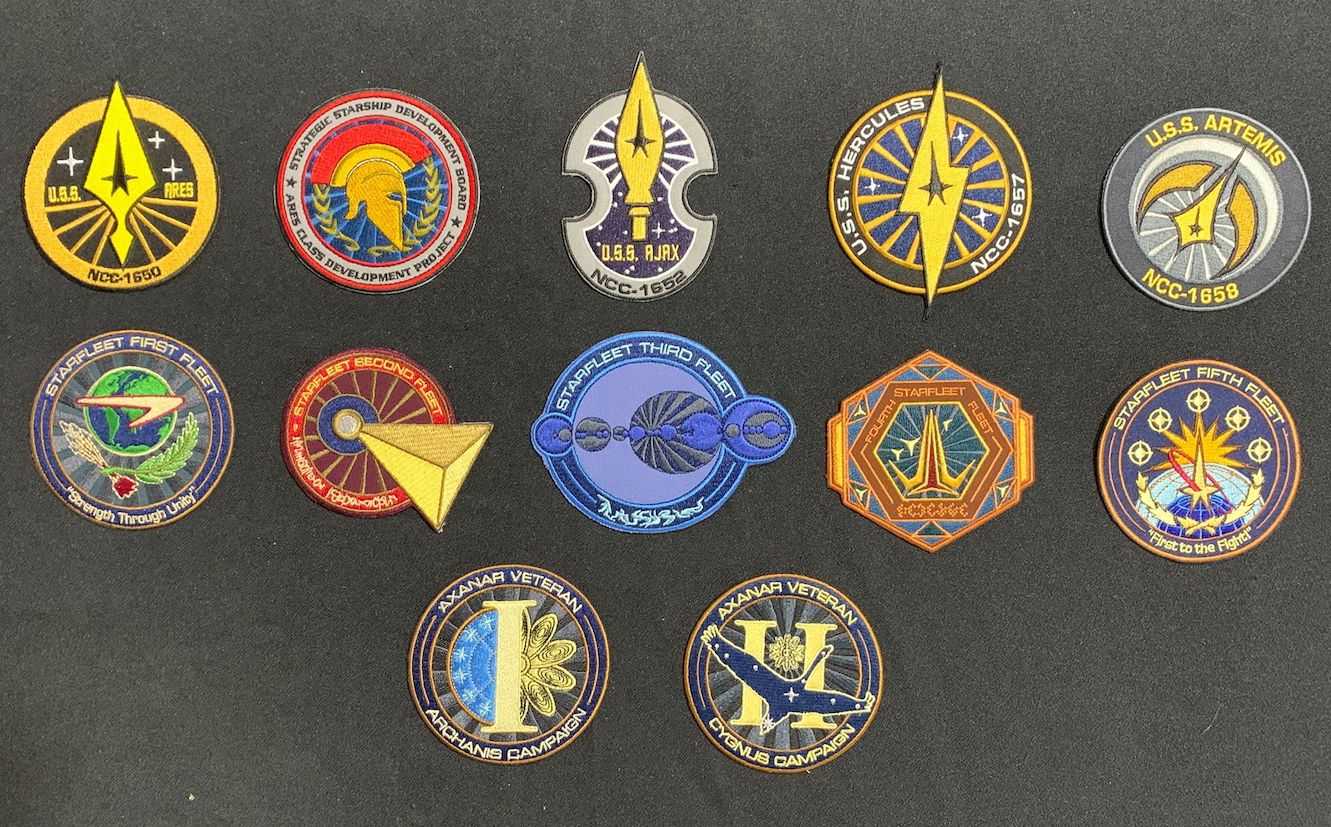 Ares Studios is proud to handle sales of all the patches previously available only through Axanar Productions Crowd Funding campaigns.  All these patches are available on The Ares Studios Store.

Here is a run-down of all the patches available from Axanar Fundraisers for the past 5 years!

$25 donors got the First Fleet Patch. Everyone who donated at least $10 got the Ares Class Development Patch: And the Fifth Fleet Patch: $35 donors got the First Fleet Patch. Everyone who donated at least $10 got the Second Fleet Patch: $35 donors get the Fourth Fleet Patch. $ 50 donors also get the Sam and Sonya ship patches: Everyone who donated at least $35 gets the Veteran patch as a thank you for your continued patience! Axanar Atlanta Shoot # 1 Patch (only available to crew members at an Axanar shoot).