Any Ship, Any Universe, Fully 3D!

This is the base game you need in order to add the Squadron Strike: Axanar! Supplement.

Have you ever wanted to take ships from different universes and see who’d win? If you can imagine it, Squadron Strike lets you build it, then fight it out on the table with your friends. Squadron Strike combines the most detailed ship construction system on the market – it can faithfully reproduce ships from Star Fleet Battles or Babylon 5 Wars – and mates them to a fast-playing tactical engine that includes full 3D maneuver and firing arcs.

If you can’t wait to get into the fight, the boxed set comes with the Human Diaspora setting, which also has miniatures available for it. We have more settings in the works. 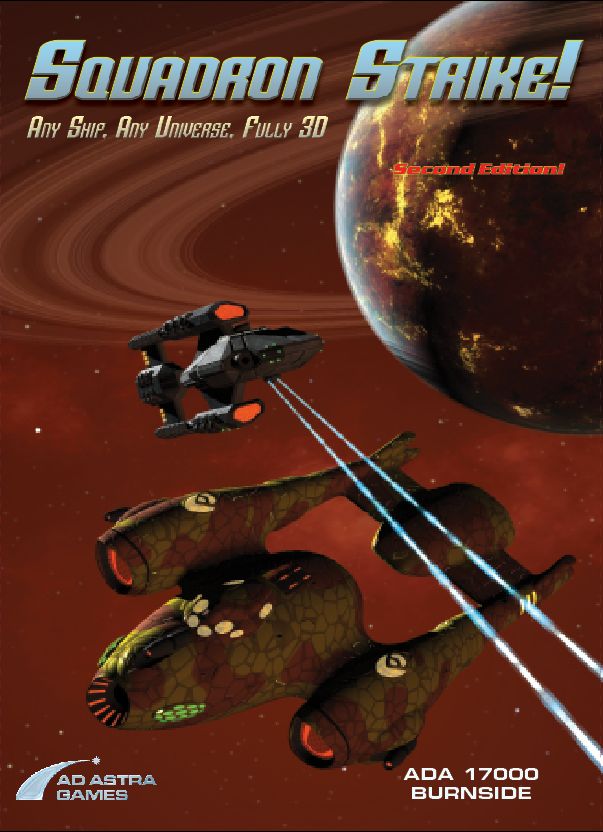 For typical games of two to four ships per player in 3D, game turns run at 6-15 minutes, depending on the subsystems chosen. In 2D, you can run about three times as many ships in the same period of time, and in 2D, speed of play is comparable to Starmada: Admiralty Edition or Colonial Battlefleet. 3D play is built off of the same set of core mechanics used in Attack Vector: Tactical, with a simultaneous pre-plot/whole turn movement engine, and the fastest damage allocation system on the market, all built off of a rigorously balanced ship design system that takes you from selecting genre assumptions through printing out beautifully formatted Ship System Displays.

100% of the profits of the sale of this item benefit Ares Studios and its educational mission.

There are no reviews yet.

Be the first to review “Squadron Strike!” Cancel reply